A Country of Ghosts 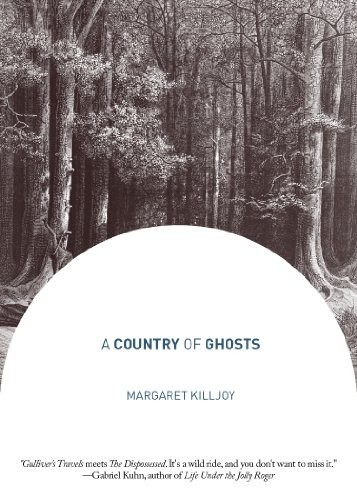 Dimos Horacki is a Borolian journalist and a cynical patriot, his muckraking days behind him. But when his newspaper ships him to the front, he's embedded in the Imperial Army and the reality of colonial expansion is laid bare before him. His adventures take him from villages and homesteads to the great refugee city of Hronople, built of glass, steel, and stone, all the while a war rages around him. The empire fights for coal and iron, but the anarchists of Hron fight for their way of life. From the editor of Mythmakers & Lawbreakers: Anarchist Writers on Fiction and author of What Lies Beneath the Clock Tower comes a seditious novel of utopia besieged, a novel that challenges every premise of contemporary society.

Margaret manages to capture the comraderie of a group of traveling punk kids and transport them into a tolkienesque world as the heroes defending an anarchist land desperately clinging to freedom in the face of an imperialist colonial super power. It captures the realities of inconvenient alliances that must be made for war and leftist infighting while it keeps you on the edge of your seat waiting to see if the heroes can overcome these problems.