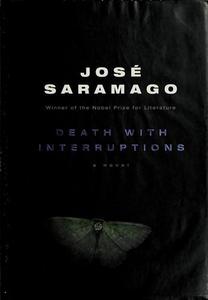 Death with Interruptions, published in Britain as Death at Intervals (Portuguese: As Intermitências da Morte), is a novel written by the Nobel Laureate, José Saramago. Death with Interruptions was published in 2005 in its original Portuguese, and the novel was translated into English by Margaret Jull Costa in 2008. The novel focuses on death, as both a phenomenon and as an anthropomorphized character. A key of the book is how society relates to death in both of these forms, and likewise, how death relates to the people she is meant to kill.