The Ladies of Grace Adieu and Other Stories 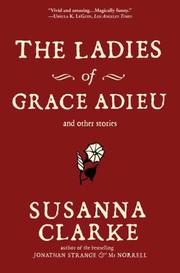 The Ladies of Grace Adieu and Other Stories, published in October 2006, is a collection of eight short stories by Susanna Clarke and illustrated by Charles Vess. The stories, which are sophisticated fairy tales, focus on the power of women and are set in the same alternate history as Clarke's debut novel Jonathan Strange & Mr Norrell (2004), in which magic has returned to England. The stories are written in a pastiche of 18th- and 19th-century styles and their tone is macabre as well as satirical. The volume was generally well received, though some critics compared it unfavorably to Jonathan Strange.