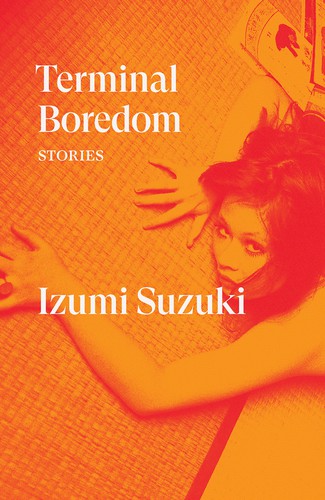 "Born from the obsessive and highly idiosyncratic mind of a cult figure of the Japanese underground, these stories borrow themes and subjects familiar to readers of Philip K. Dick and fuses them with a conflicted, tortured, and intense imagination"-- Provided by publisher.

This collection of stories explores some interesting territory around mental illness and sense of self, but ultimately the standoffish tone of almost all the narration grated on me. For any one story I think it was a reasonably effective device, but across the whole book it really limited my emotional engagement.

I see this as a very vivid portrait of Suzuki's mindset at the time she wrote it. The stories read as a tragedy, especially when you know the ending of the author's personal story, but there was nothing I found compelling. The pedestrian stories make blatant and unsuccessful attempts to sound interesting while ultimately going nowhere. It felt as if the author tried to include things that she knew make critics and scholars swoon. Unfortunately, the heavy-handedness with which they were forced into the narrative makes them fall flat, and they are ultimately lacking the very things she was trying to achieve.

A solid consistent collection of muted set pieces on losing or ceding control of your mind or your volition, with characters alternately bored or terrified at the prospect.

Kudos to Verso for translating them.