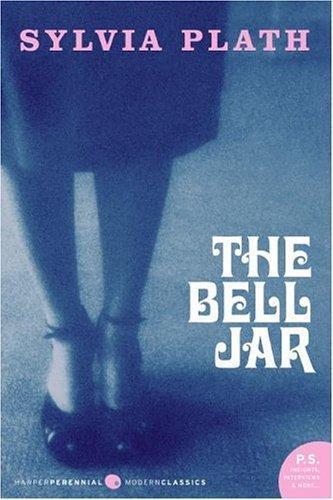 The Bell Jar is the only novel written by the American writer and poet Sylvia Plath. Originally published under the pseudonym "Victoria Lucas" in 1963, the novel is semi-autobiographical with the names of places and people changed. The book is often regarded as a roman à clef because the protagonist's descent into mental illness parallels Plath's own experiences with what may have been clinical depression or bipolar II disorder. Plath died by suicide a month after its first United Kingdom publication. The novel was published under Plath's name for the first time in 1967 and was not published in the United States until 1971, in accordance with the wishes of both Plath's husband, Ted Hughes, and her mother. The novel has been translated into nearly a dozen languages.

This is prose writing at it's absolute best, and however distressing the content of the book may be , you can't fail to be impressed by the masterful use of English by this unbelievably gifted young woman. I went on to read Sylvia's journal, and at that point it became obvious that you can substitute the name Esther for Sylvia - they are one and the same. I've felt compelled to read much of the other prose and poetry she wrote in her tragically short life and can totally understand why she's regarded as one of the greatest writers of twentieth century literature.

I can see how this may nbe an affirming book for some people but reading this just gave me sympathetic feelings of these things PSA don't read this in one day if it's January and you're already dealing with depression. This was just too close to home to much of a reminder of the reality of what I'm living and a warning of how far this can drag you and just wow. Yeah. Do read if youve never experienced mental illness for insight because this is so spot on.