The Drawing of the Three

The Drawing of the Three (Dark Tower (2)) 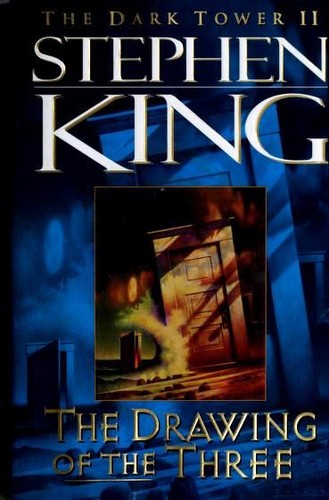 Stephen King returns to the Dark Tower in this second mesmerizing volume in his epic series. Roland of Gilead has mysteriously stepped through a doorway in time that takes him to 1980s America, where he joins forces with the defiant Eddie Dean and courageous Odetta Holmes. A savage struggle has begun in which underworld evil and otherworldly enemies conspire to bring an end to Roland's desperate search for the Dark Tower. Masterfully weaving dark fantasy and icy realism, The Drawing of the Three compulsively propels readers toward the next chapter. (back cover)

closer to whar mr. king is best at, thus much more readable, imho, than the first part.

2nd in Stephen Kings epic saga. It's starting to pick up and draw together, and I'm better entertained and moved than I was by #1. Recommended!

A wonderful sequel to The Gunslinger that draws us deeper into both Roland's character and world as well as introducing two interesting new characters. While The Gunsslinger can be seen as a brief introduction that promises much in terms of story, The Drawing of the Three delivers on those promises with some fascinating glimpses into what Roland's quest for the Dark Tower actually means. Highly recommended.