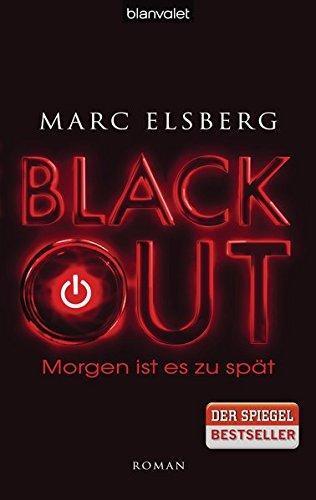 Blackout: Tomorrow Will Be Too Late is a disaster thriller book by the Austrian author Marc Elsberg, described by Penguin Books as "a 21st-century high-concept disaster thriller".Published in German in 2012, as of 2016 it had been translated into fifteen languages and sold a million copies worldwide. The English version was published in 2017.The novel is about a European power outage due to a cyberattack. For realism the book is written on the basis of interviews with intelligence and computer security officials.