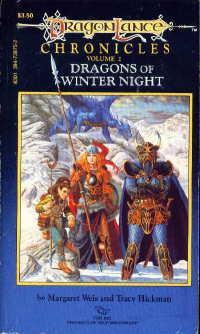 But now dragons have returned to Krynn. The darkness of war and destruction engulfs the land.

Hope dawns with the coming of spring. Armed at last with the dragonlances, the heroes lead the people in the final desperate battle against the dragons.

Knight and barbarian, warrior and half-elf, dwarf and kender and dark-souled mage; they must overcome their own doubts and resolve their own conflicts before they can hope to defeat -

Takhisis, the Queen of Darkness.