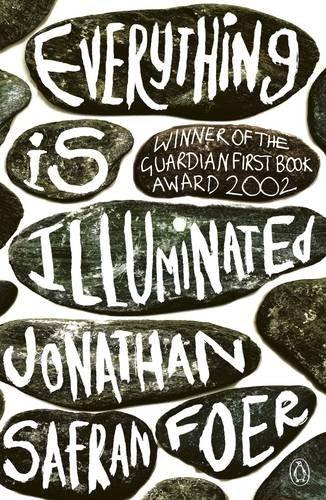 Everything Is Illuminated is the first novel by the American writer Jonathan Safran Foer, published in 2002. It was adapted into a film of the same name starring Elijah Wood and Eugene Hütz in 2005. The book's writing and structure received critical acclaim for the manner in which it switches between two stories, both of which are autobiographical. One of them is the fictionalized history of the eradicated town of Trochenbrod (Trachimbrod), a real exclusively Jewish shtetl in Poland before the Holocaust where the author's grandfather was born; while the second narrative encompasses Foer's trip to Ukraine in search of the remnants and memories of Trachimbrod as well as the author's writing-in-progress.