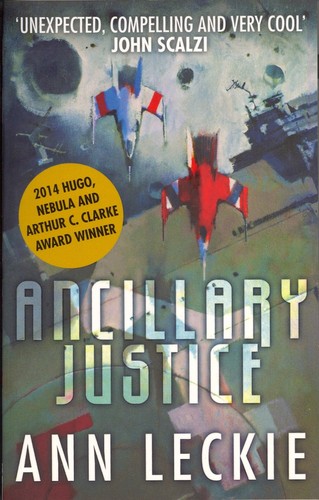 On a remote, icy planet, the soldier known as Breq is drawing closer to completing her quest.

Breq is both more than she seems and less than she was. Years ago, she was the Justice of Toren - a colossal starship and an artificial intelligence controlling thousands of soldiers in the service of the Radch, the empire that conquered the galaxy.

An act of treachery has ripped it all away, leaving her with only one fragile human body. But that might just be enough to take revenge against those who destroyed her.

Space Opera in 3 parts — long, grand, sci-fi, easy & fun to read. Incidentally the main civilisation of the book does not distinguish gender, which is represented in the book by giving everybody female pronouns, which is kind of a cool reading experience. I like the depiction of fragile consciousness of the protagonist.