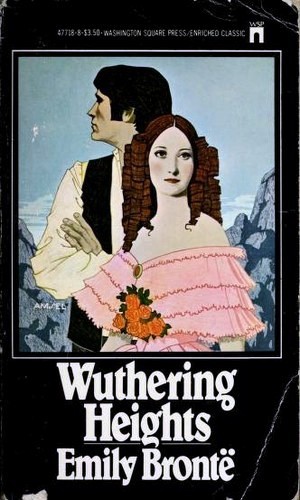 Wuthering Heights is an 1847 novel by Emily Brontë, initially published under the pseudonym Ellis Bell. It concerns two families of the landed gentry living on the West Yorkshire moors, the Earnshaws and the Lintons, and their turbulent relationships with Earnshaw's adopted son, Heathcliff. The novel was influenced by Romanticism and Gothic fiction. Wuthering Heights is now considered a classic of English literature, but contemporaneous reviews were polarised. It was controversial for its depictions of mental and physical cruelty, and for its challenges to Victorian morality and religious and societal values.Wuthering Heights was accepted by publisher Thomas Newby along with Anne Brontë's Agnes Grey before the success of their sister Charlotte's novel Jane Eyre, but they were published later. Charlotte edited a second edition of Wuthering Heights after Emily's death which was published in 1850. It has inspired an array of adaptations across several media, including a hit song.