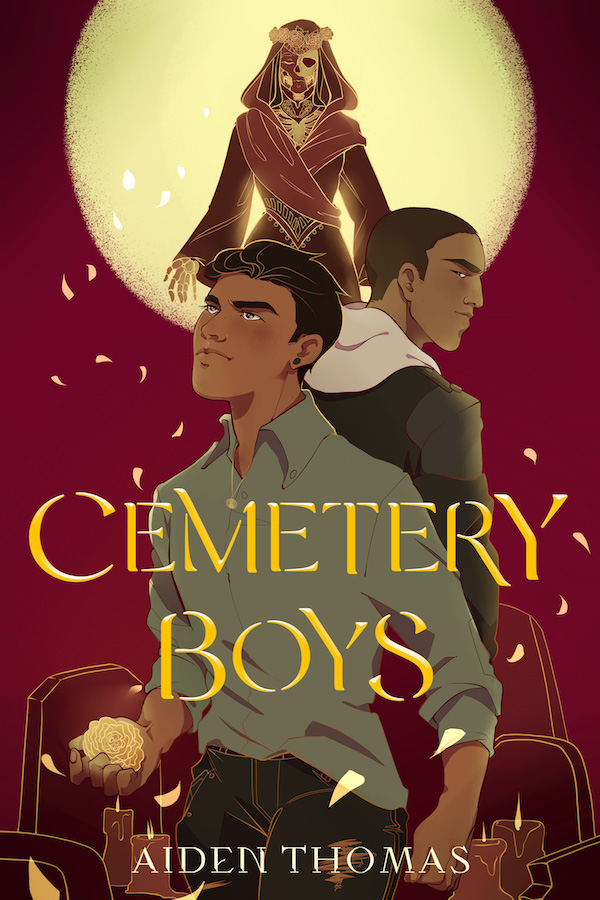 Yadriel has summoned a ghost, and now he can't get rid of him.

When his traditional Latinx family has problems accepting his true gender, Yadriel becomes determined to prove himself a real brujo. With the help of his cousin and best friend Maritza, he performs the ritual himself, and then sets out to find the ghost of his murdered cousin and set it free.

However, the ghost he summons is actually Julian Diaz, the school's resident bad boy, and Julian is not about to go quietly into death. He's determined to find out what happened and tie off some loose ends before he leaves. Left with no choice, Yadriel agrees to help Julian, so that they can both get what they want. But the longer Yadriel spends with Julian, the less he wants to let him leave.

A wonderful young adult novel full of vibrant places and people. The descriptions draw you right in and the cast of characters is diverse and charming.

It's so nice to find stories that let you spend time with underrepresented characters and see things from their point of view, learn about their traditions etc. I only put 4 stars because there were plot twists near the end that could have been more convincing, but I wholeheartedly recommend this book.

I probably read this book too fast. When it came to the last few chapters, I wanted desperately to know what was going to happen, plus my dog was demanding my attention, so I rushed through. And you know what? I regret that.

Take this book slowly, and just enjoy it.

This book has a lot to say, especially on identity in a Male / Female Gendered language. Even if you don't know Spanish, I feel like you'll grasp what the Spanish parts say. Though if you do understand Spanish, it's like, Bonus Material for you!