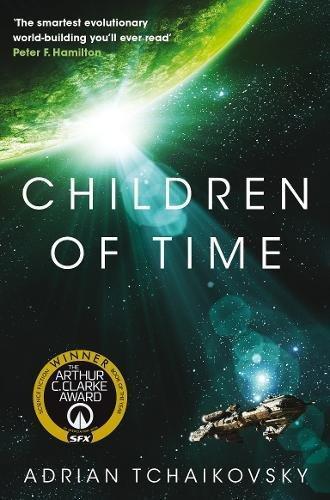 Children of Time is a 2015 science fiction novel by author Adrian Tchaikovsky. The work was praised by the Financial Times for "tackling big themes—gods, messiahs, artificial intelligence, alienness—with brio."It was selected from a shortlist of six works and a total pool of 113 books to be awarded the Arthur C. Clarke Award for best science fiction of the year in August 2016. The director of the award program said that the novel has a "universal scale and sense of wonder reminiscent of Clarke himself."In July 2017, the rights were optioned for a potential film adaptation.A sequel, Children of Ruin, was published in 2019.