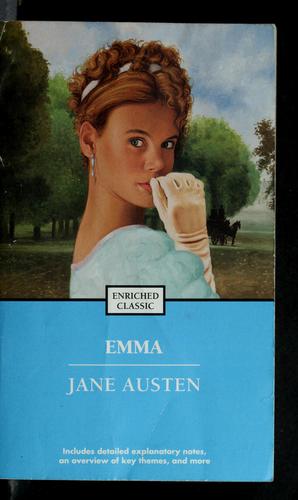 From the Publisher: The funny and heartwarming story of a young lady whose zeal, snobbishness and self-satisfaction lead to several errors in judgment. Emma takes Harriet Smith, a parlor boarder and unknown, under her wing and schemes for advancement through a good marriage. The attempts at finding Harriet a suitor occupy all of Emma's time. However, in the midst of the search she settles on a most unlikely union with her own constant critic: Mr. Knightly. Jane Austen's works have claimed a renewed popularity and audience with the release of motion pictures Sense and Sensibility, Emma, and Clueless based upon Austen's classic novels. Emma was originally published in 1816.

Getting strong 'Clueless' vibes from this book.

Spend some quality time inside Emma's all-too-relatable mind, judging and justifying your fickle thoughts about all your friends and neighbors.