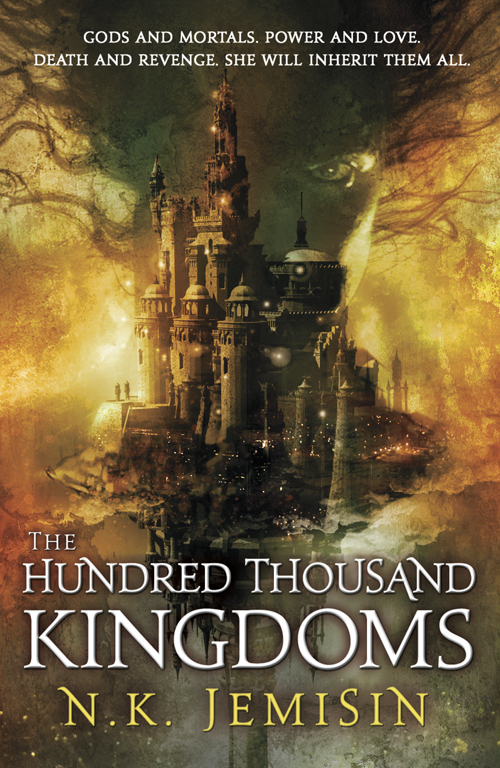 Yeine Darr is an outcast from the barbarian north. But when her mother dies under mysterious circumstances, she is summoned to the majestic city of Sky. There, to her shock, Yeine is named an heiress to the king. But the throne of the Hundred Thousand Kingdoms is not easily won, and Yeine is thrust into a vicious power struggle with cousins she never knew she had. As she fights for her life, she draws ever closer to the secrets of her mother's death and her family's bloody history.With the fate of the world hanging in the balance, Yeine will learn how perilous it can be when love and hate - and gods and mortals - are bound inseparably together.

This is more of a fun read than the Broken Earth series. Probably correspondingly less rewarding in the end. I think it could almost qualify as YA, as long as your idea of YA includes some (tasteful) sexual content.

Race and privilege are part of the setting in a way that feels quite natural. One thing I liked is that the mechanics of magic and interaction with gods also feels quite natural. It can be challenging to construct plots with such powerful characters who still face challenges and conflicts. It does get a bit Deus Ex Machina at the end (the plot device, not the video game). On the other hand, at least the rest of the book was about gods, so it is less jarring than it could be.

Some good analogies and reflections on belief and war and love, in a carefully and well-paced story. Perhaps too simple or straight-line though.

This was a thoroughly enjoyable book and a fresh take on a traditional fantasy story. We're all familiar with the story of a young man (or woman; though it tends to be a man) that is thrust into power as he/she inherits it or discovers he/she is a lost prince/princess, etc, etc. We're also familiar with the stories of all-powerful gods intervening in mortal affairs. Jemisin manages to take both aspects and merges them together in The Hundred Thousand Kingdoms. While there are more books to this series (a trilogy), the first feels very independent as the other two deal with different characters and plots. If you're interested in the history and development of the world, you can continue reading them, otherwise you end at the first and get a complete story.

A full review can be found in my blog: strakul.blogspot.com/2013/12/book-review-hundred-thousand-kingdoms.html