Maus I, My Father Bleeds History 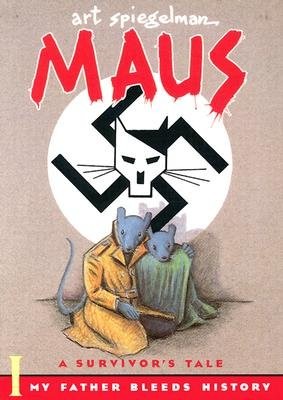 This is part 1 of of the 2 part Maus series, a graphic novel, possibly the best ever written. It's the authors telling of his father's experience being captured by the Nazi's and sent to a concentration camp. It concentrates more on the personal aspect, day to day details, and state of mind of Vladek, the author's father, as opposed to the logistics of the war. It puts a personal face on surviving the largest and most meticulously planned attempt of racial genocide. Minimal depiction of violence.

This is an important book, and also good. That's my review.

Aside from the making the history of the Holocaust real, it also made me think about graphic novels as an art form. It's interesting how the drawings can fill various "tonal" aspects of the story, while the words can be quite spare.