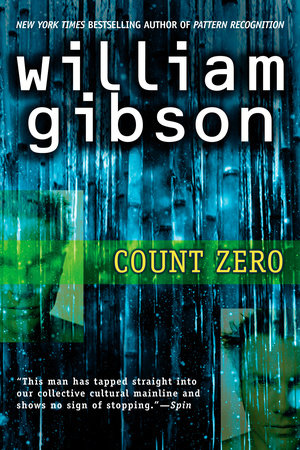 Turner, corporate mercenary, wakes in a reconstructed body, a beautiful woman by his side. Then Hosaka Corporation reactivates him for a mission more dangerous than the one he's recovering from: Maas-Neotek's chief of R&D is defecting. Turner is the one assigned to get him out intact, along with the biochip he's perfected. But this proves to be of supreme interest to certain other parties--some of whom aren't remotely human. Bobby Newmark is entirely human: a rustbelt data-hustler totally unprepared for what comes his way when the defection triggers war in cyberspace. With voodoo on the Net and a price on his head, Newmark thinks he's only trying to get out alive. A stylish, streetsmart, frighteningly probable parable of the future and sequel to Neuromancer

It takes a while until the suspense eventually builds up. Otherwise, a great cyberpunk read, but with less cyber than Neuromancer had.